“With your help, a fair distribution of water is possible”: towards global cooperation

On the 22nd of March, World Water Day, the We Are Water Foundation undertook activities in 15 countries under the slogan "With your help, a fair distribution of water is possible". With this the Foundation establishes a permanent call for social action, raising awareness among the population that with a small gesture we can help achieve a better and fairer distribution of water in the world.

The slogan of World Water Day this year has been Cooperation in the Sphere of Water and UNESCO has been responsible for organising the day which is within the setting of the International Year of Cooperation in the Sphere of Water designated on the 20th of December by the General Assembly of the UN for 2013. (See the newsletter about World Water Day).

A debate for interdisciplinary collaboration 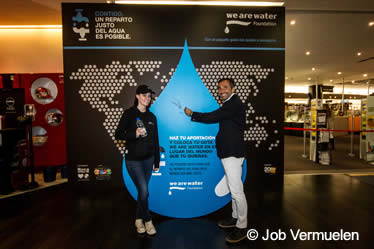 With the aim of promoting cooperation, the We Are Water Foundation held, two days before, on the 20th of March, a round table discussion in the Roca Barcelona Gallery, with the title Formulas for realising cooperation in questions of water. Experts in questions of water took part who provided an interdisciplinary vision and valuable information in order to become aware of the situation and focus the actions in the framework of the Millennium Goals and for the design of the post-2015 Agenda that the UN is drawing up. In the debate, Xavier Torras, director of the We Are Water Foundation, explained the conclusions of the barometer study Sensitivity towards saving water in Spain, which the Foundation has promoted and the aim of which has been to measure variables such as the degree of concern of the population for environmental problems and for the amount of water available in the world. (See more detailed information about the round table discussion in the previous newsletter).

"With your help, a fair distribution of water is possible"

On the same day as World Water Day, the We Are Water Foundation undertook simultaneous activities in 15 countries. Under the slogan "With your help, a fair distribution of water is possible", the actions were carried out based on a large mural that showed a map of the world drawn with grey dots that had to be filled with stickers in the form of the blue We Are Water drop. The idea behind this action was to create social awareness about the problem of water with a call for cooperation, making the public aware that small actions can achieve an improvement in access to water and sanitation in the world, and raising funds in the form of a donation for the Foundation's projects.

The events held in Barcelona took place in the FNAC in L'Illa Diagonal and opposite Pedralbes Centre. The Foundation had the support in its activities of sports stars such as Manel Estiarte, the best Spanish water polo player ever and who has participated in the most Olympic Games; or Enric Masip and Andréi Xepkin, former handball players of F.C. Barcelona, winners of five European Cups. All of them collaborated unselfishly in the call for cooperation and complemented the task of spreading the "We Are Water" message with which the Foundation informed visitors of the projects it is currently undertaking in Ecuador, Brazil, Bolivia and India with Education without Frontiers, Intermón Oxfam ,UNICEF and the Vicente Ferrer Foundation respectively. 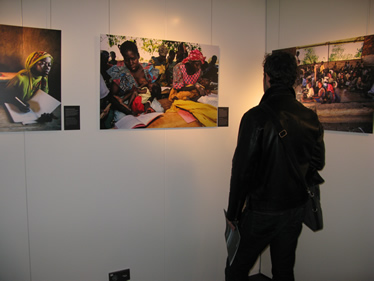 In the Roca Madrid Gallery, the We Are Water Foundation opened the Women of Water exhibition, based on the work of the photojournalist Tomás Abella, to discover through the eye of the author the story behind each photo shown about the serious problems that women in sub-Saharan Africa have in their daily search for water. In these zones, the women, above all girls of school age, are responsible for looking for water in springs and wells, many of them several hours' walk away. These women end up transporting drums containing 30 litres of water to supply the family's needs, disregarding the domestic work and their important stabilising role in the community. The girls are more seriously affected because they stop attending school to help their mothers and are exposed to being attacked and suffer abuses. 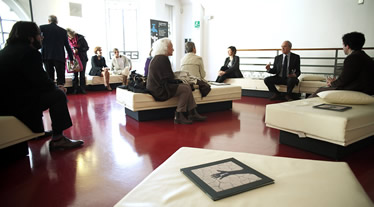 Similar actions to the event held in Barcelona were held simultaneously in Italy, the United Kingdom, India, Bulgaria, Poland, Portugal, Russia, France, Brazil, Argentina, Chile, Dubai, China and the Czech Republic. In the same way, the actions were focused on raising social awareness about the problem of the lack of water and suitable sanitation, and raising funds for the Foundation's projects. 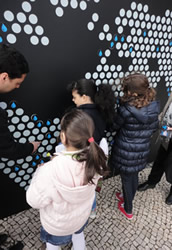 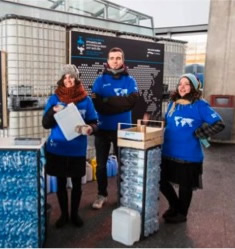 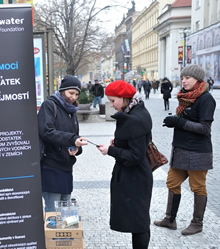 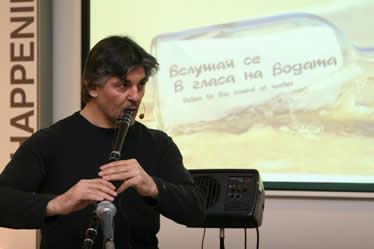 In Lisbon, Portugal, in the famous Plaza de los Restauradores, opposite the Roca Lisbon Gallery, bottles of water were given out with information about the Foundation's projects and philosophy. Actions were also carried out in the street in cities such as Prague, São Paulo and Buenos Aires. In the Argentine capital the events were held in the central Plaza Rodríguez Peña, in collaboration with the City Government, without raising funds due to the legal limitations in force. In Poland, the information stand of World Water Day was installed in the Warsaw central railway station.

In Sofia, Roca Bulgaria undertook its activities in the Expo Bath Sofia, in whose entrance was placed the mural with the map to be filled with the We Are Water drops. It had the presence of José Luis Tapia Vicente, Ambassador of Spain for Bulgaria and a concert was given by the quintet of Theodosii Spassov, a musician and friend of the We Are Water Foundation, dedicated to the cause of water, which was attended by more than 180 guests. The activities were broadcast live via streaming and the informative activities were extended to information centres that form part of the International Water Bridge, a cooperation initiative in questions of water supported by the UN, which in Bulgaria brings together several universities. 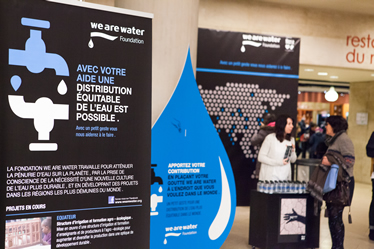 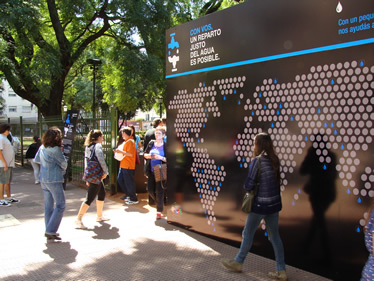 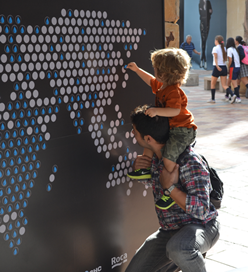 In Santiago de Chile the events lasted three days, prolonged until the 24th, on the We Are Water Foundation stand installed in the well-known Parque Arauco commercial centres. The public were informed via leaflets and a video of the projects in progress, while many donations were taken at the stand and online through the website. On Saturday, CNN approached to give an interview and all the acts had a big effect on school students.

In Russia, the actions took place in three cities: in the Moscow Shopping centre in Europeisky Square in Moscow, in the Galeria Shopping centre in St. Petersburg and in the SBS Mega Mall in Krasnodar. In China the action was held in K11, a central commercial space in Shanghai. More than 5,000 people passed by the stand and filled the world map with blue drops in solidarity with World Water Day, the We Are Water Foundation and its projects. 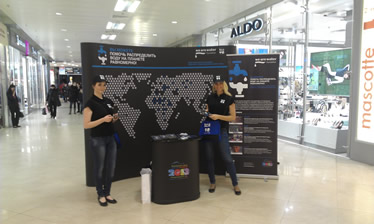 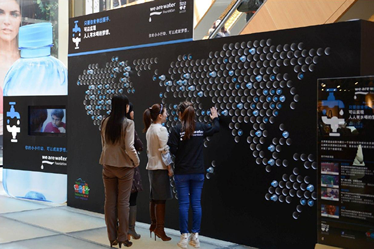