Contrasts for a reflection

“When sailing you realise that there very different climatic zones. There are humid zones, and other desert and warm ones. But access to water is not something that is being solved. Sometimes there are places where there is torrential rain, but this does not mean that the water we gather is drinkable”.

These words of Bruno García, broadcast on Tuesday in a videoconference via satellite, when the We Are Water was just about to cross the third meridian which corresponds to Ghana of the Foundation’s projects, shows how the trip around the world in a regatta such as the Barcelona World Race is a valuable platform for transmitting a message of reflection about the delicate balance of water on a planet of contrasts such as ours. 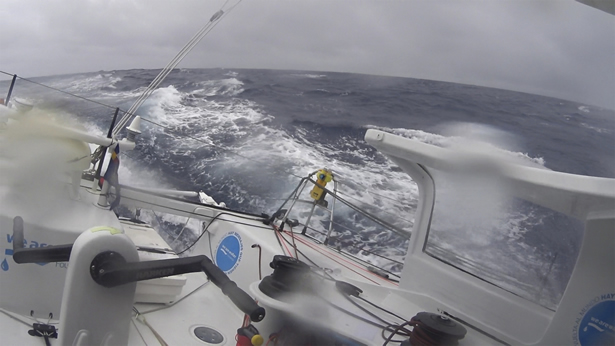 The first three meridians correspond to the projects in Guinea-Bissau, Morocco and Ghana. When the We Are Water crossed them, it was right in the middle of the low pressure from the South Atlantic. There is very little meteorological variation for Bruno and Willy: grey sky, rain, humidity and strong wind; a massive contrast to west Africa, where the Foundation works: dry trade winds in Guinea-Bissau, in the heart of the dry season; crystalline calm in the arid mountains of Zagora, in Morocco; and dry north-easterly wind, from the desert, in Zabzugu, in northern Ghana, where in January the rivers and streams have already dried up, and the women begin the long walks in search of water.

The yachtsmen in the Barcelona World Race are first-hand witnesses to these contrasts and are in full contact with the natural phenomena that cause them. The water cycle is the driving force of life on Earth and the ocean its main generator. “Seawater and freshwater are interrelated”, stated Bruno García, “we are alone in the immensity of the ocean and, on sailing, you realise its beauty, its vitality. Its life is essential for the balance of the planet”. 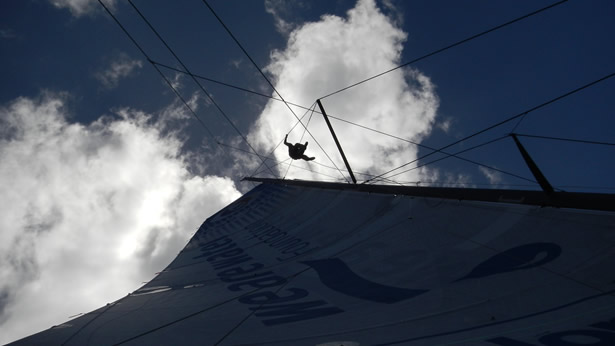 Bruno and Willy García launch their message in the context of a regatta which is a pioneer in bringing together sport with oceanographic research, and in scientific diffusion. One of the goals is the collaboration with the Intergovernmental Oceanographic Commission (IOC) of UNESCO, with projects about average salinity and temperature of seawater, the study of the concentration of micro-plastics, and of the quality of seawater.

One of these projects is the launching of a buoy, Argo, something that all the boats in the Barcelona World Race have done. The Argo buoys are mini-submarines that drop to as much as 2,000 metres and later emerge sending very precise data of the temperature and salinity of the sea. This information is crucial for the oceanographic study of the behaviour of the large masses of water, key in understanding the climatic evolution of the planet. (Find out more about the Argo buoys)

The We Are Water launched its buoy in the South Atlantic on the 23 January, in the 35.1495 S, 23.1056 W in an area of which oceanologists have very little information. You can follow the evolution of the buoy of We Are Water from the tracker of the Barcelona World Race and see its more detailed position and data it sends on the page of the We Are Water buoy.

The We Are Water continues its route eastwards and tomorrow will enter the Indian Ocean. The next meridians it will cross will be those of Chad and the Democratic Republic of the Congo. The message is still going around the world. (Go to the meridians page). 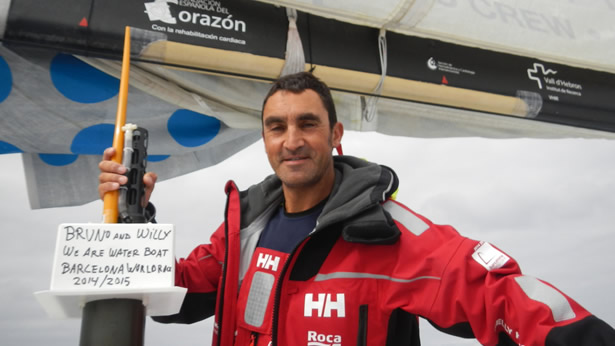 You can follow the Barcelona World Race of the We Are Water at:

You can see the projects of the We Are Water Foundation at: