For World Water Day, the We Are Water Foundation undertakes activities in 16 countries in the world The We Are Water Foundation, focused on creating a new culture of water that enables fair development and sustainable management of hydric resources in the world, commemorates World Water day on the 22nd, through solidarity action and awareness-raising that will be undertaken at an international level.

The activities organised by the We Are Water Foundation to commemorate this day will take place in 16 countries among which feature Spain, Italy, Great Britain, India, Bulgaria, Poland, Portugal, Russia, France, Brazil, Argentina and the Czech Republic, among others.

On the 22nd the main capitals of these countries will host diverse actions, the aim of which is to raise social awareness of the problem of water on the planet and fundraising to finance projects that the Foundation has in progress. For example, in China, the action will be in a central commercial centre in Shanghai; in Paris, it will be done in collaboration with the Carrosuel du Louvre, next to the museum of the same name; in Lisbon in the central Plaza de los Restauradores and in Milan in some Roman baths. In cities such as Buenos Aires, Sofia and Sao Paulo the activities will take place in the street.

A key day for the development goals proposed by the UN 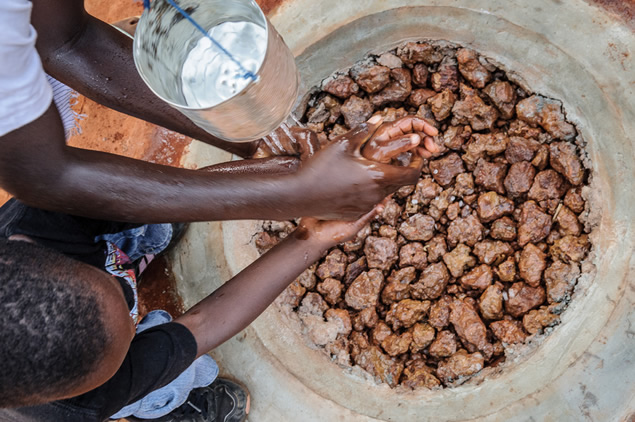 World Water Day is held on the 22nd of March every year, a worldwide event proclaimed by the General Assembly of the United Nations in 1992. Every year UN Water designs a specific theme as a featured objective. This year the theme is Cooperation in the Sphere of Water and UNESCO will be responsible for organising the activities of the day that form part of the International Year of Cooperation in the Sphere of Water designated on the 20th of December by the general Assembly of the UN for 2013.

Additionally, UN Water sets World Water Day and the International Year of Cooperation in the Sphere of Water within the International Decade for Action "Water for Life" 2005-2015, proclaimed in December 2013 with the aim of clearly defining the goals that must be achieved in 2015 in terms of access to drinking water and suitable sanitation. The strengthening of dialogue and cooperation at all levels are fundamental to achieve these goals and from this comes the theme of World Water Day this year.

Among the objectives for 2015 are reducing by half the number of people lacking access to drinking water (currently 40% of the world's population) and basic sanitation services. Nevertheless, the UN warns that if no really big efforts are made, the proportion of people without access to an improved sanitation system will not be reduced by half by 2015 and, although the target will be reached, there will still be 1.7 billion people without it. On the other hand, if demographic expectations are realised, 1 billion more people will be added to the calculation, so that in 2015, there will be 2.7 billion human beings without access to basic sanitation. In this respect, the UN reminds us that, due to diseases caught by water in a poor state and the lack of suitable sanitary installations (some 1.2 billion people defecate in the open air), 1.6 million people, the majority of them children aged less than 5, die each year.

The UN also points out that the poor pay more: a resident in a shanty town in Nairobi, Kenya, pays between five and seven times more for a litre of water than an average North American citizen. For this reason, it is also crucial to prepare plans of integrated management and efficient use of hydric resources for 2015, supporting the developing countries in this task, since, moreover, the main source of contamination is the lack of management and inadequate treatment of human, industrial and agricultural waste.

For more information about the data provided by the United Nations: www.un.org/waterforlifedecade

Public round table discussion on the 20th: Formulas for realising cooperation in questions of water 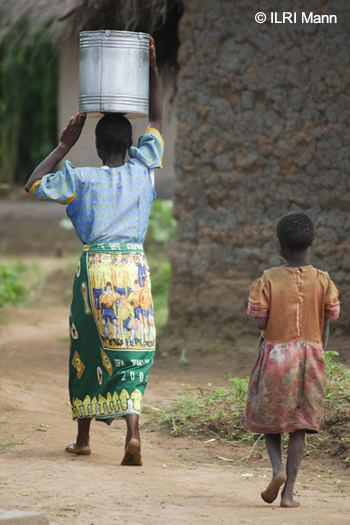 Within the setting of World Water Day, the We Are Water Foundation is undertaking diverse activities with a twofold aim: to raise awareness among the population about the need to preserve hydric resources on the planet and to cooperate with aid projects in the countries most disadvantaged due to the lack of water.

On the 20th of March, in the Roca Barcelona Gallery, a round table discussion is being organised with the title Formulas for realising cooperation in questions of water. In this debate, open to the public, five international specialists will exchange personal and professional know-how in questions of water and international cooperation for achieving a fair development of the hydric resources in the world. Xavier Torras, director of the We Are Water Foundation, will chair the round table that will be formed of Josefina Maestu, director of the United Nations Office of Support for the Decade for Action "Water for Life" 2005-2015; Dr. Sergi Sabater, sub-director del ICRA (Institut Català de Recerca de l'Aigua) and head of the Resources and Ecosystems Area; Tomás Molina, journalist and meteorologist at Televisió de Catalunya; Sergio Moratón, delegate of the Vicente Ferrer Foundation in the Valencia Autonomous and Murcia Region; and Blanca Carazo, head of Cooperation and Development of UNICEF Spain.

The central idea of the debate is that the experts offer their know-how relating to each of their disciplines, in what measure they could or should collaborate and if they are doing everything possible or if they should do more.

Another action that the We Are Water Foundation will undertake for World Water Day is the presentation of the results of a study made among more than 1,000 people with the aim of updating and extending knowledge about the attitudes and behaviour of the Spanish population regarding water consumption.

The barometer study Sensitivity towards saving water in Spain has had as its objective to measure variables such as the degree of concern of the population for environmental problems and for the amount of water available, as well as the impact that the economic crisis is having on the attitude towards saving water.

The results of the study determine that the concern for aspects related to the environment and the availability of water has been slightly reduced, although it is most likely that this is only a reflection of the current concern for the economy. The most relevant data provided by the study is:

- The degree of concern for the environment and availability of water is high. Around 7 out 10 citizens say they are quite or very aware of saving water, among other ecological measures.

- Additionally, 2/3 of the population has changed its attitude towards saving water due to the crisis and state that they are more aware of the cost of water in their homes. Among others, individuals aged 45 to 54 and middle class are those with most awareness.

- The percentage of the population that does something to save water in their home has increased compared to the study undertaken in 2011, going from 89% to 95%; even those not made aware by the crisis: 86% of these do some type of action such as turning off the tap properly and making sure the taps do not leak water, turn off the tap while they are soaping or showering instead of taking a bath.

- In this respect, it is surprising that 59% of the population surveyed think they do not have enough information to save water. Although it is the public themselves who consider themselves mainly responsible for saving (58%).

- Finally, as regards the global vision of the problem of water in the world and specifically in third world countries, those surveyed showed a high intention of collaborating with countries with lack of hydric resources (39%), but the majority of the population did not find itself economically disposed to collaborate (55%).

- It is considered that water is the main cause of conflicts in the future ahead of oil (54% believe it is water and 42% oil). Finally, the We Are Water Foundation commemorates World Water Day with an act of solidarity and awareness-raising that will take place internationally for a fairer sharing of water and sustainable management of the hydric resources in the world. In Spain these actions will be:

Thursday 21st of March, at 7.30 p.m., in the Roca Madrid Gallery (C/ José Abascal 57, Madrid), the We Are Water Foundation opens the Women of Water exhibition created by the photo-journalist Tomàs Abella about the difficulties of women in sub-Saharan Africa and their daily search for water.

Friday 22nd of March, from 10 a.m. to 7 p.m., in FNAC L'Illa de Barcelona (Av. Diagonal 557) and in front of Pedralbes Centre (Av. Diagonal, 609-615), under the heading "With you, a fairer share of water is possible", the Foundation is organising a day of social awareness-raising about the problem of water on the planet. The aim of the action is also to raise funds to finance the projects that are currently in progress.

The main focus of the action will be a large wall that will represent a map of the world with spaces that must be filled with adhesives in the form of water that can be bought for just a small donation. With this the Foundation is making a call for help so that between all of us we can cover the surface of the world where the problem of water is most acute. The Foundation will also give a bottle of We Are Water water to all the participants.

With this action the We Are Water Foundation is making clear its work in providing information and social awareness-raising regarding the need for a fairer sharing of water in the world. The funds collected will be used to finance four projects that the Foundation has in progress in Ecuador, India, Brazil and Bolivia, where it works alongside organisations of international prestige: Education without Frontiers, Intermón Oxfam, UNICEF and the Vicente Ferrer Foundation.