Meteorology, an essential arm in the fight for access to water 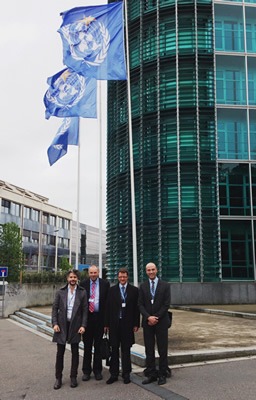 The annual meeting of the Executive Council of the World Meteorological Organisation (WMO) was held in Geneva from the 15th to 23rd of May. The We Are Water Foundation, represented by its director, Xavier Torras, and Carlos Garriga, attended accompanied by Tomàs Molina and Gerald Fleming, vice-president and treasurer respectively of the IABM (International Association of Broadcast Meteorology).

The WMO is the authorised spokesperson of the United Nations about meteorology, climate and water, and currently has 185 member states. Since its creation, the organisation has taken part in a decisive manner in protecting human life and the property of peoples faced with natural disasters. The WMO works with the aim of safeguarding the environment and improving the economic and social wellbeing of all sectors of society in spheres such as food security, hydric resources and transport. We should be aware that almost 90% of all natural disasters are related to extreme meteorology, climate and water.

One of the pillars of the WMO's philosophy is to provide a framework for international cooperation, an essential factor for the operative development of meteorology and hydrology, as well as to reap the benefits deriving from their application. And this is the aim of the meeting that the organisation holds each year at its Geneva headquarters.

One of the first motions of the Executive Council at the meeting was to agree several measures aimed at extending and improving research and the observation networks. The objective is to provide a more precise understanding of the rapid evolution of the climate and strengthen the provision of meteorological services essential for society and the world economy. 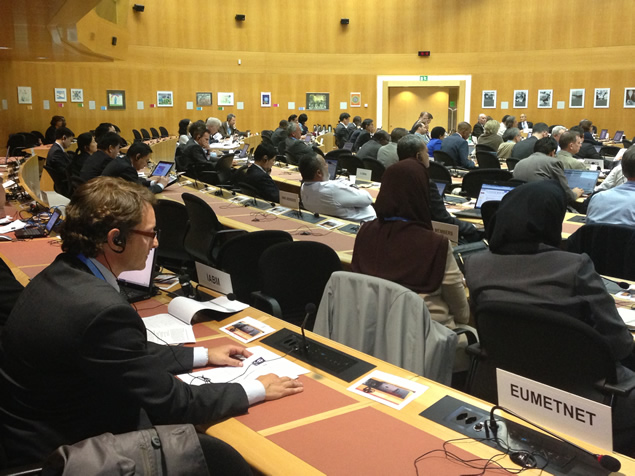 Another debate focused on the improvement in the reduction of meteorological disaster risks and in the alarm systems, with the aim of increasing resilience and sustainable development. Regarding this, it was pointed out that both the economically developing countries and those already developed are equally vulnerable to the dangers of meteorological disasters. This was shown by the ravages caused recently by the Mahansen cyclone in the Bay of Bengal and the devastation caused by the tornadoes in the mid-east of the USA.

Climatic information services within reach of everyone

One of the priorities on the agenda of the Council was the Global Framework for Climate Services (GFCS), an international trans-sectorial initiative headed by the WMO, the aim of which is to make available easy-to-use climate services to the users in most need. 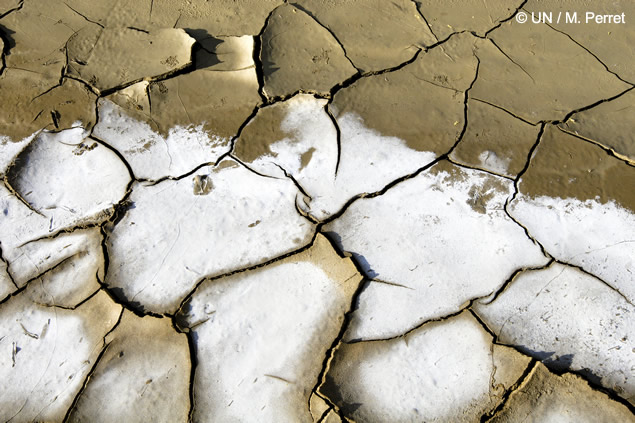 The General Secretary of the WMO, Michel Jarraud, pointed out that the Global Framework for Climate Services will serve to establish a close relationship between climate experts and heads of other sectors, from health to energy, and he stated: "The majority of countries do not have sufficient climate information. Often, decisions taken about the construction of dams or dykes, for example, are based on past statistical data, instead of hypothetical future cases. However, this information about the past is no longer an adequate guiding element to take decisions that will have a repercussion on the future. We must adapt to our current climate without delay and anticipate the situation that will arise in the next 50 to 100 years." 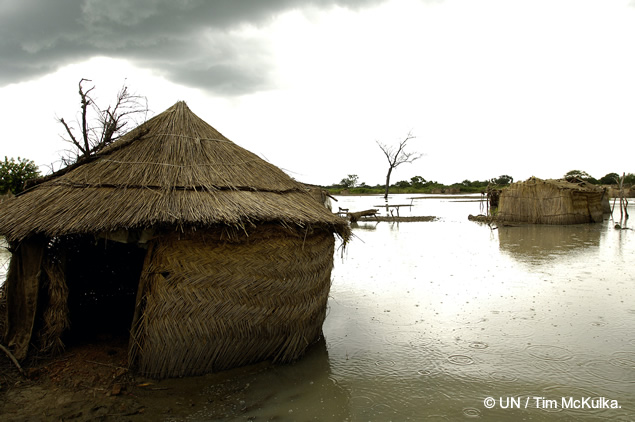 WIGOS, a tool for understanding the climate better

Within the framework of these objectives is the setting up of the WMO Integrated Global Observing System (WIGOS) for 2016, necessary for consolidating the advances made in meteorological research, numerical modelling, observation capacities and ICT (Information Communication Technologies). The Council debated the way of boosting the start-up of this new system that will constitute a pole of observation of weather, climate and water. WIGOS will contribute to providing a more precise understanding of our environment and will also meet the observation needs of the Global Framework for Climate Services (GFCS), whose aim is to enable better management of the risks caused by the variability of the climate and climate change, explained at the Third World Conference on Climate.

The need for meteorological warning services and climate information is clearly shown in the context in which some support products of the We Are Water Foundation are being developed; such as those in the area of Anantapur, in India, a climatically conflictive region since agriculture and livestock-raising depend on the monsoon rainfall for their development. Alterations in the patterns of this rainfall often cause very harmful droughts and floods, which is why the Vicente Ferrer Foundation has been working on a plan to construct small reservoirs and on the development of drip irrigation systems to enable the inhabitants of the area to employ crop diversification and the raising of livestock and other worthy sources of subsistence integrated into the environment. (See the project of the Ganjikunta reservoir and of the development of drip irrigation systems). 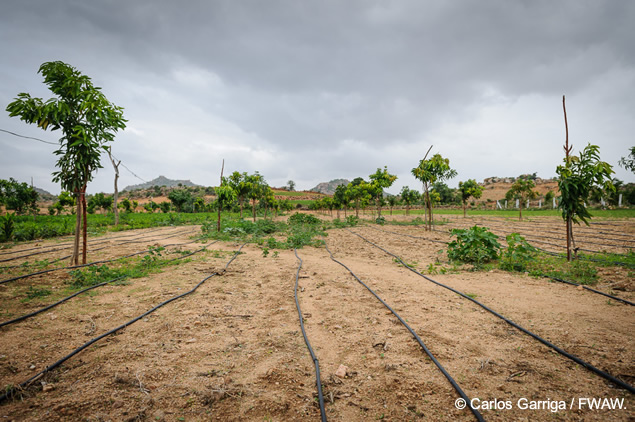 The Executive Council confirmed that research was one of the main priorities of the WMO, being aware of the need to understand better the changes occurring on Earth, in the atmosphere and in the oceans. Emphasis was made on the need to boost research and forecasts relating to the changing climate in the polar regions, given, as expected, that this notably influences the climate in other parts of the world.

Also highlighted was the importance of the WMO Global Atmosphere Watch since, due to the observations undertaken from several stations in its network, it has been shown that the concentrations of carbon dioxide have surpassed the symbolic level of 400 parts per million.

The conviction of the need for efficient international and interdisciplinary collaboration to fight against the effects of climate change was present throughout the meeting that brought together the 37 members of the WMO Executive Council. Michel Jarraud stressed it in this way: "Our work must take in disciplines, countries and organisations of a very diverse type. Even though it is a very ambitious objective, it can be achieved".