The powerful shorts about water

There are as many ways of relating to water as there are inhabitants on Earth, but cinema is a universal language that encompasses them all. This is the beauty and power of communication of the shorts of the We Art Water Film Festival, which has doubled the participation in its fourth edition. The quality of the works shows that it is possible to tell revealing and touching stories about our relationship with water in just three minutes, inviting us to search for solutions to the serious injustices suffered by those who do not have it.

The We Art Water Film Festival has announced its winners. The jury of the festival revealed its decision on the 22nd June, at the traditional gala event at the Roca Madrid Gallery, and presented the awards to the best works in the micro-documentary, micro-fiction and micro-animation categories, and revealed the Audience Award.

The shorts contain touching messages, denounce injustices and convey an optimistic message that helps us to move towards the uncertainty of the future with increased confidence in the ability of human beings to restore and take care of the most precious good. This is the great value brought by the We Art Water Film Festival to the world each year. The winners speak for themselves.

In the micro-documentary category, La montaña mágica (The magic mountain), by Nicolás Durán (Colombia) is an impressive message of a change of attitude that invites us to take care of water everywhere, and a tribute to pristine water, an immeasurable gift from nature that not everyone can have.

The high level of quality of the submitted short films in the micro-animation category is reflected in The Breath of Water, by Uzochukwu Precious Njoku (Nigeria). A beautiful song of optimism in the relationship between water and future generations.

In the micro-fiction category, Color of Water, by Sabin Maharjan (Nepal), shows with tenderness and a sense of humour the terrible contrast between the theory of clean water and the reality of polluted water through the innocent vision of a child.

And the short film chosen by the audience, Pure Water Boy, by Peter Kundum (Nigeria), describes the incredible daily fight of Bala, a homeless boy, who is forced to survive by distributing water in small bags and to quench his thirst with the remains of the water his clients discard. 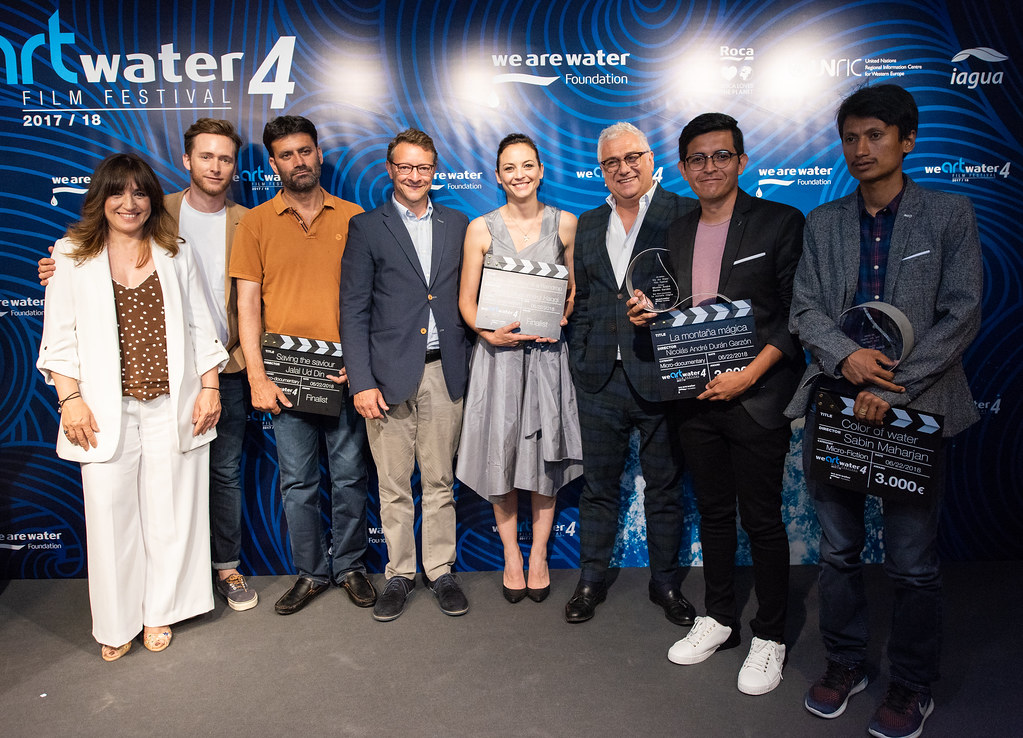