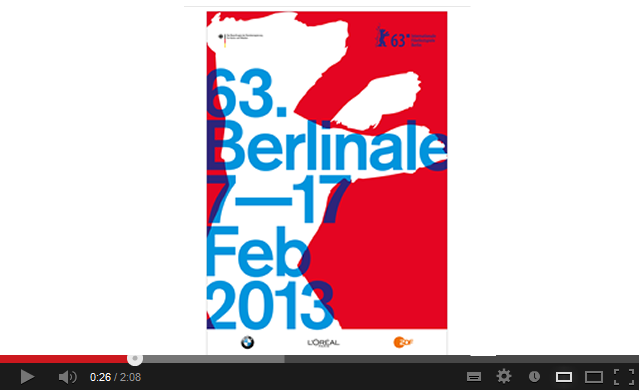 The We Are Water Foundation was present for the first time at the 63rd Berlin International Film Festival also known as the Berlinale, one of the most prestigious film festivals in the world, and took part in the first appearance of two of its prize-winning productions of the We Art Water Film Festival. The short films chosen were the productions titled: Páramos: Agua por oro by Camilo Arenas and Give me water, please by Anna Baranska.

Páramos: Agua por oro is a production by the Columbian Camilo Arenas that tells, in a magnificent exercise of synthesis, the life of the farmers of the Páramos Andinos, the Andean highlands, who live from what the land gives them and from the produce they sell in the markets of Bucaramanga and Cúcuta, especially onions. They depend on increasingly scarce sources of water, since they are used by the mining operations that also contaminate the riverbeds with cyanide. (link)

Give me water, please, by Anna Baranska is a simple production that, in a very well-constructed way, manages to transmit with great impact the consequences of lack of water in an African family told by one of its members: a young girl. (link) 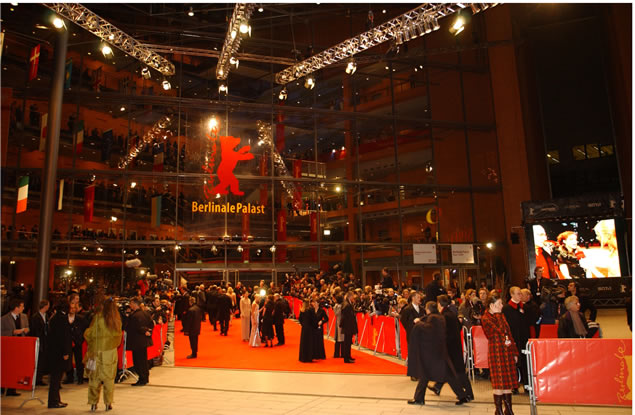 Photos of the atmosphere by courtesy of the Berlin Festival.

With its participation in the Berlinale, through the First We Art Water Film Festival, the Foundation established a norm in the festival. Moreover, the response from the public confirmed the correctness of the philosophy behind this initiative of the Foundation, whose main aim is the spreading of the "we are water" message and the raising of awareness about the serious problems of those who suffer its shortage.

The spectators had the chance to see the two productions. The innovative nature of the works and their capacity to arouse the emotions of the audience meant that they were able to spread the message of sustainability and cooperation of the We Are Water project. Neither of them left the audience indifferent and it praised the direct and well elaborated message of the works. This effect of reflection and raising awareness was palpable in the very words of some of those attending: "The short film 'Páramos: Agua por oro' shows a type of situation that is unfortunately widespread across the world and which affects water, so I think that it deserves our fullest attention", stated a spectator.

Photos of the atmosphere by courtesy of the Berlin Festival.

The We Are Water Foundation, through its representative, Carlos Garriga, in his presentation, thanked the festival for the invitation and congratulated the winners selected by the organisers of the Berlin film festival: "We are very satisfied to be able to present in the Berlinale two of the prize-winning short films of the We Art Water Film Festival: 'Páramos: Agua por oro' by Camilo Arenas and 'Give me water, please' by Anna Baranska. From here we give our thanks to the two filmmakers for helping us take the foundation's message to a place as emblematic as this."

In the setting of the Berlinale, the We Are Water Foundation announced for the first time the organisation of the second We Art Water Film Festival; and encouraged people to participate in it. Carlos Garriga explained it thus: "We want to encourage those who like cinema and who feel capable of shooting a short film, to follow us on our website, www.wearewater.org, since we will soon be presenting the second We Art Water Film Festival."

The representative of the Foundation also highlighted the great opportunity it meant for the winners of the We Art Water Film Festival with the possibility of being able to show their creations in a festival of this category; one of the filmmaking events with most scope and prestige internationally. It confirmed once again the capacity of the Foundation when creating new pioneering and innovative formulas to raise awareness and spread the "We Are Water" message that knows no frontiers. Thanks to the high participation and also to the surprising public response during the staging of the event in 2012, now in early 2013 the rules have been established for its international expansion.

The We Art Water Film Festival is a pioneering audiovisual initiative that the Foundation established in 2012. This event is the first international competition of short films the aim of which is to raise awareness among the world's population about the global problem of water and food security, a subject that was chosen by the United Nations as the central theme for World Water Day 2012.

From the very beginning of setting up the rules of the event, the Foundation unavoidably established that this first edition of the event would be open to all and have the participation of the public as an active agent in the process of creating and spreading its message.

To do this, it launched the competition through the website and the social networks. The result was a thorough success, in terms of both participation and the response of the public. More than 500 participants from 80 countries presented their works. Moreover, the public had the chance to vote for their favourite short film through the Foundation's competition web, and more than 12,500 votes were recorded and some 70,000 visits to it.

Not only was the level of response very high, but also the level of the content and the creativity of the works presented with the aim of understanding, promoting and communicating the messages to raise awareness. Thanks to the planning of the event, which made it possible to take part in three different creative models – micro-documentary, animation and mobile phone - there was a widespread response and great wealth of focuses.

The diverse and multicultural contribution that was obtained coincided precisely with the philosophy and guidelines of the UN as a key factor in achieving sustainability this year, 2013: International Year of Cooperation in the Sphere of Water. 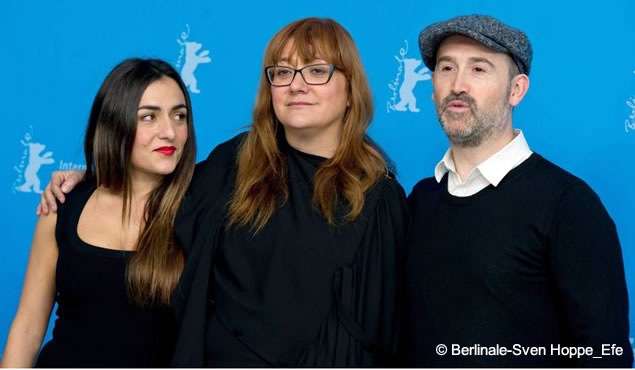 The filmmaker Isabel Coixet - President of the Jury of the We Art Water Film Festival – presented her film "Ayer no termina nunca", in the Berlinale, accompanied by her two leading actors: Candela Peña and Javier Cámara, friend of the We Are Water Foundation.

The event of the festival had a star-studded jury from the world of culture, literature, cinema and cooperation of an international nature: the filmmaker Isabel Coixet, president of the jury of the We Art Water Film Festival; the actress and singer, Maria de Medeiros; Ray Loriga, writer, scriptwriter and film director; Antonio Saura, member of the Executive Board of the European Film Academy; Judith Colell, vice-president of the Spanish Film Academy; Toni Ulled, director of the magazine Fotogramas; and the director of the We Are Water Foundation, Xavier Torras.

Since its creation the event has had the support of the UN, through its office in Brussels, UNRIC (United Nations Regional Information Centre), whose representative, Carlos Jiménez Renjifo, was also a member of the jury.

The prize for each of the four winners is to be able to film a documentary in one of the projects in which the Foundation currently cooperates, with the aim of publicising among the international community the global problem of water that these projects try to alleviate.