World Water Day 2011: the We Are Water Foundation has conducted a study on freshwater consumption and saving in Spain.

On the occasion of World Water Day, which is celebrated today, on 22 March, the We Are Water Foundation wanted to highlight the importance of the entire planet having access to this vital resource. As such, the foundation obtained the support of Carlos Jiménez Renjifo, Desk Officer for Spain of the UN Regional Information Centre for Western Europe (UNRIC), who emphasised the need to find joint solutions to ensure better water management.

Jiménez Renjifo highlighted that poor water resource management is causing "more people to die as a result of illnesses linked with contaminated water than from all forms of violence, including war".

According to Xavier Torras, of the We Are Water Foundation, "The foundation is working on different projects and initiatives with which to help the entire world have access to this resource.

World Water Day is a UN initiative with which we fully identify, and our aim is to continue to promote it over the coming years. We think that the new water culture is a value that will take root in our society and we want the study that we have conducted on water consumption and saving in Spain to illustrate the change in perceptions in this respect". 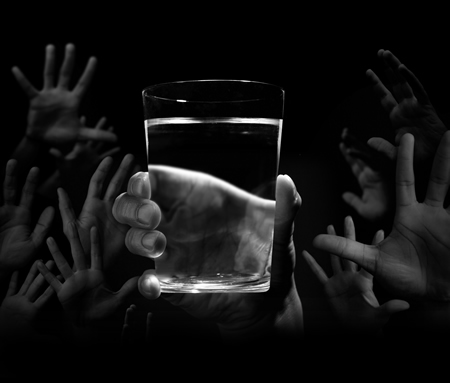 Every year, unsafe water consumption causes the death of four million people, of which two million are children under the age of five. This figure means that one child dies every 20 seconds due to a lack of safe water.

Unlike developed countries, in which wastewater is treated in sewage treatment plants, it is estimated that, in developing countries, 90% of wastewater is dumped untreated. In order to avoid such water (two million tons per day) contaminating 2,000 million tons of water, urgent measures need to be taken.

Irrational use of water

The Desk Officer for Spain of the UN Regional Information Centre also referred to the irrational and unsustainable increase in water consumption, "which threatens the future availability of this resource". This is supported by the fact that, if consumption of water resources continues to rise at its current rate, humans could be using over 90% of all available freshwater within 25 years, leaving just 10% for all other living organisms.

Jiménez Renjifo also stressed that access to water should be a fundamental human right. According to the United Nations, "Water is essential to a dignified life and to the realisation of other human rights".

The theme chosen this year by the United Nations for World Water Day is "Water for cities". According to the UN Secretary-General Ban Ki-moon, "In little over a generation, 60% of the global population will be living in towns and cities", which will mean having to come up with solutions to ensure access to water for all.

The We Are Water Foundation has backed a study on water consumption and saving in Spain. According to Xavier Torras, Director of the We Are Water Foundation, "The aim is to use this study as a tool to find out about current awareness regarding water consumption and saving in Spain and thus be able to implement initiatives to help create a new water culture".

Significant data include the fact that 76% of Spaniards recognise that they could save more water without any significant loss of quality of life. In addition, seven out of ten people are relatively concerned about the amount of available water.

This concern is related to awareness about the importance of taking individual measures to contribute to the careful management of water resources. 67% of those interviewed believe that individuals, and not the authorities, are responsible for water saving. Despite this, only 3% of those interviewed contribute by involving themselves in some way in activities or making donations to charity organisations focusing on the problem of water.

According to Xavier Torras, "These figures highlight that, in spite of the fact that Spaniards are aware of the need to use water wisely, we can still do a lot more to improve management of this vital resource and show greater solidarity towards the most disadvantaged".

As to whether Spaniards are aware of water saving mechanisms, almost 90% of the population spontaneously referred to some kind of water saving measure for financial, education or environmental reasons. Water can be saved mainly by controlling how much water comes out of the tap in certain everyday situations such as washing hands, having a shower or brushing teeth.

"Simple actions such as having a shower rather than a bath, turning off the tap while you are cleaning your teeth or fitting taps and cisterns with water-saving devices, for example, can save millions of litres of water per year", confirmed Xavier Torras.

The We Are Water Foundation

The We Are Water Foundation has two main objectives. The first is to raise awareness among the public and institutions about the need to create a new water culture to enable fair development and the sustainable management of water resources in the world.

The second is to carry out all kinds of action to counter the negative effects caused by the lack of adequate water resources.

The foundation's fields of activity include involvement in infrastructure, education, health and research in the most deprived areas of the world.

Since its creation in 2010, the We Are Water Foundation has set up seven different projects in conjunction with four organisations: UNICEF, Intermón-Oxfam, the Fundación Vicente Ferrer and Educación Sin Fronteras.